Cóilín Nunan is the scientific advisor to the Soil Association, and works largely around the issue of antibiotic resistance in farm animals.

When I decided to interview Cóilín, I knew I wanted to find out more about why he chose a career centred on a combination of scientific research and campaigning, working on Antibiotic Resistance. I thought that ‘scientific advisor’ sounded like a pretty fancy name. He explained that he first worked on the subject roughly twenty years ago, but it was for a part time job, to earn some extra money. However, the area interested him so much that he decided to pursue it as a full time career!

I also found his transition from Mathematical studies at university to work in a more biological and sustainable sector interesting, and wondered if this was a difficult change. He commented “I had to make a significant switch when I began working in this area”. However, there are many overlapping aspects between the skills he acquired during his time at university and the skills he uses in his job. The ‘rigorous and creative thinking’ that is involved in maths are essential when working as a scientific advisor for a campaign.

He stresses that the research he conducts and the campaigning that the Soil Association does has important ecological significance. Across Europe, resistance to antibiotics in farm animals is becoming a worrying topic, because it leads to heavily intensive farming. By reducing the amount of antibiotics used in farming – so that they’re used mainly to prevent illness in serious cases rather than as a preventative measure – the environment can experience numerous benefits. Cóilín adds it’s “beneficial in terms of the environment since at present livestock is a major contributor to various environmental problems (e.g. climate change, soil depletion), and also in terms of human health (obesity).”

Whilst antibiotic use in farming was introduced in the 1950s, over the past couple of decades this has escalated rapidly and antibiotics are now dangerously overused by farmers. This can even threaten human health. The more used antibiotics become, the more resistant certain bacteria can become, which means that the antibiotics are less powerful when the animal actually needs to take them. Currently in Europe, two thirds of antibiotic use is in livestock rather than humans – and in some parts of the world these statistics are even higher.

It can often be quite frustrating, because often the intensive-farming industry try to deny the science behind the organisation’s arguments, and “has at times misused science in ways that [he finds] unacceptable”. However, over the past few years there has been huge impact, and many sections of the industry are trying to cut down on their usage of antibiotics. Large progress is beginning to be made. However, he mentions that they “continue to encounter a large amount of resistance to the message”.

On a day-to-day basis, Cóilín writes articles and produces research reports which shape the coverage of Antibiotic Resistance in Farm Animals, also working with people and organisations from other countries. Essentially, he provides scientific advice to campaigning organisations so that they can be sure they have the correct information when creating their campaigns.

Finally, as it is a question posed to many female STEMM professionals, I wondered how a male perspective would comment on the question “Has your gender ever hindered (or helped) you in any way?” Whilst he states that he has personally never been hindered, nor helped to his knowledge, he adds that it is possible that, as man, he may have been listened to more than perhaps he might have been as a woman. But he ends on a hopeful statement: “in the organisations that I work for there are a large number of women, including in the most senior positions, so I do not think there are issues relating to sex discrimination in these organisations”.

It was so interesting to be able to pose these questions to Cóilín, and to find out how it is to work for a campaigning organisation. It has definitely sparked my interest in the research side of science, especially how it can be used for environmental campaigning!

You can find out more about the Soil Association’s excellent work here: www.soilassociation.org.

And about Cóilín here: sustainablefoodtrust.org/contributors/coilin-nunan.

Maud is a sixth former at CNS, taking the Gold Award. Her main interests are engineering, sustainability and the environment, and eating fruit. 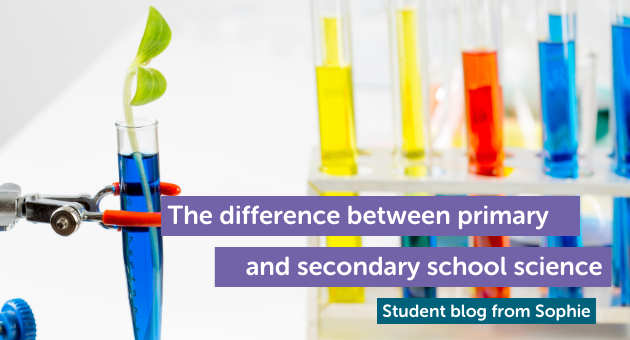